A few days ago I got a chance to get my hands on the new HDVR1200. This is SatelliteAV's newest receiver specifically for Glorystar.
The first thing I did after unpacking it was read through the manual. The first thing that caught my attention was that this receiver did HD. How nice I thought. I know that currently Glorystar programing is in SD, but with every thing else moving to HD, I figure sooner or later channels will start to pop up in HD and it is nice to know I will be ready. The next thing I realized is this receiver is DVR ready. Wow now this is awesome! There are shows that come on Glorystar that I miss because of work; well not anymore. Now I can set this receiver to record my favorite shows and watch them at my convenience. This is going to be so nice because some of the stuff I watch will turn into a mini-series and I miss some of the sermons in the series.

Next I took a good look at the receiver. It is a very sleek and slim design with buttons on the front. I cannot stress enough how nice it is to have buttons on the front. Sometimes I lose the remote on things that I get or just happen to be by the TV and want to change the channel up and down without having to go across the room to get the remote. This I think was a very very smart move on the part of SatelliteAV and GEOSATpro. Looking at the back of the unit I see right off the bat two things new, that I have not seen on other receivers for Glorystar. First you can't miss the HDMI port for hooking up to an HD Monitor. The next thing is the USB port. This is where you can plug in an external Hard Drive to take full advantage of the DVR capabilities. Then I found the thing I love the most about it at this point, remember I still have not even hooked it up, and that is a 12V DC power jack. That right there sets it apart from other receivers(not counting the microHD). Now when I am out camping I can hook into my 12Volt source instead of using an inverter. I also can place one of these receivers in my Ham Shack and tie right into my 12V power system. Another nice thing about that is this places the power supply outside the unit reducing heat. Also if the Power Supply dies I can just get another one and be back in business and not have to send the whole unit back for repair.

Next thing I did was hook up the HDVR1200 and turn everything on. I chose to you the HDMI port. It came right up and I got greeted with a question. Do I was HDMI or RCA Cables. I selected HDMI of course. Next it wanted me to chose a screen resolution, I chose the one that said best 1080p since my Plasma supports that and chose OK. It next did a nice thing it wanted to know if I could see what was on the screen. This is nice, that way if you choose an incompatible mode in 10 seconds it will revert back to the original setting. The Next thing is I was asked was for my time zone. Time zone? Why does it want to know that? Ok stop go read the manual and do some research. Very nice this box will set the time via Satellite and correct for my time zone and is always updated to the right time daily. So as long as it is seeing 97W and getting a good signal I never have to mess with the time setting. Very nice feature. I have had other receivers that never seems to keep the right time, but then again most of the time I never really cared. However, with this receiver if I am going to use the DVR function it is VERY important to have the correct time. Next it wanted me to take a few minutes or more if needed and review the Glorystar install guide for this receiver to make sure I have the dish properly aimed. Seeing as how I already have an existing dish and it worked on the other receiver a few minutes ago, I selected Yes-Continue. If this is your first time though I recommend making sure everything is aimed right if now contact a competent installer.

Next it wanted me to go through 3 different channels and check the quality on those channels to ensure that they were at the proper levels. Being that they were I said ok and then it went to a update screen. I assume it is checking for any new updates. Once that was done the receiver rebooted and I was up and watching Glorystar.

I will update this review as I get more familiar with the HDVR1200.
At this point though I really like it. The channel changes are very quick and smooth. I like that I can see my signal strength by just bumping the info button, which also reminds me what channel I am on. The remote control works very very good. I can be way across the room and point at a multitude of angles and it works great every time. I like how small it is and light weight and fits right in your hand.

Ok almost could not wait for this part!! Ok so I hooked up an external hard drive to the receiver and it came right up USB connected, very cool. Ok so I hit the record button on the remote and let it run for a few minutes. Then I stopped it and went into the media section and played back what I recorded it went great. So next thing I did was schedule a recording. Actually I scheduled several, some for today, tomorrow , next day and a few days out. Middle of the night, lunch time, etc. I just set up different ones on different channels at different times on different days.
Well guess what now I got a bunch of stuff to watch, whenever I feel like watching because it recorded each thing perfect and when it was supposed to. So I must say very pleased at this point with this receiver.

Things I don't like:
If I go into the menu for something and look around and say I go one or two steps into a menu item and hit exit it takes me back to watching TV. No I want to exit back to the previous menu. I hope a future upgrade fixes this. No biggie though as I really have no reason to be in the menus a lot.

Other than that I have to say that Brian Gohl and his team has out done themselves again. Great product!!! 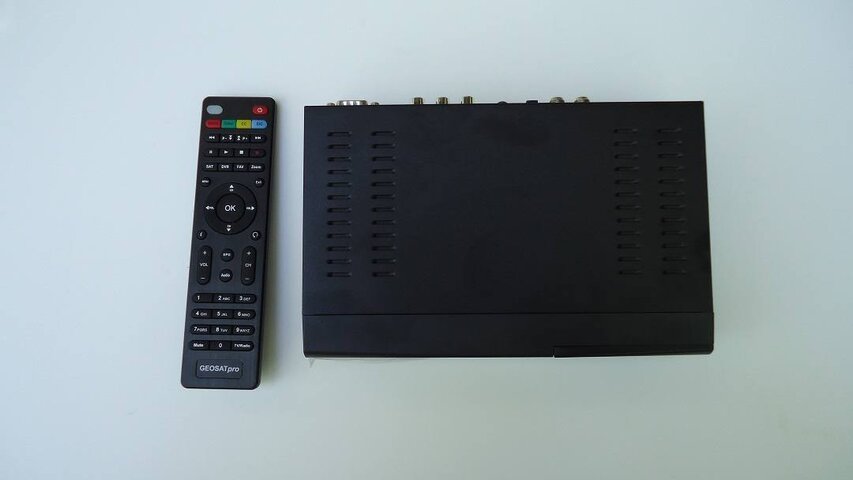 Thank you for the review. Great information and feedback!

The answer to your menu frustration is to press the Menu key instead of the Exit key. The Menu key will take you backwards in the menus screens instead of exiting to the channel viewing mode.

How does this compare to the microHD and could I use the new receiver as an FTA receiver. Does this receiver have motor support? What are the main difference between this new one and the microHD??
Last edited: May 10, 2013

This is currently NOT a FTA receiver, its only for Glorystar use.

They are still working on the firmware to make it a full FTA receiver.

Stay tuned to SatelliteGuys for more info when its available.

Update: I added Pictures to the first post..
R

Thanks for the info, and the addendum regarding the MENU/EXIT buttons. Should save a bit of frustration.

To repeat chapelrun's question: How does this HDVR1200 compare with the Micro HD MPEG4?

2. To archive or have the greatest playback compatibility of the DVR1100 DVR recordings on other devices, the DVR1100 files could be converted to MPEG2 or AVI video files which can play on the HDVR1200 (or any other media player).
You must log in or register to reply here.
Previous Next
Share:
Facebook Reddit Pinterest Email Link