Home made dish tested on a balcony.

A few years ago I milled a dish from plywood, later covered with aluminum foil. Its focal length is approximately 32" (or, 80 cm). The idea was to use it on a balcony, with the LNBF attached to the balcony railing, thus WITHOUT LNBF holding bar. Preferable balcony position would be facing South. The dish would sit close to the wall, and LNBF would be positioned close to the railing, but below it. Nothing could be visible from the ground level. Another advantage with longer focal length is possibility to get 2 degree LNBF spacing.
Recently one of my friends accepted that I test my dish on his balcony.
For quicker set-up, I used separate small stand for LNBF, instead of tinkering with its attaching to balcony rail.
Unfortunately, the balcony was facing West, thus the dish's position was not under the wall, but at an angle. But there was still enough room to walk between the dish and its LNBF. And longer focal length, say, 42", could give still more room to walk.
Seven annotated pictures follow: 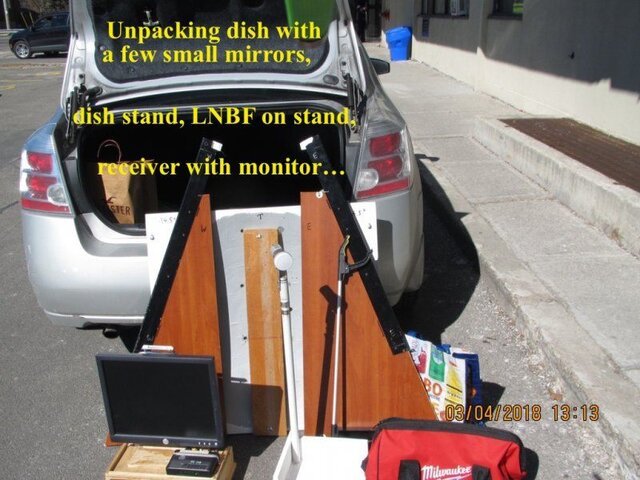 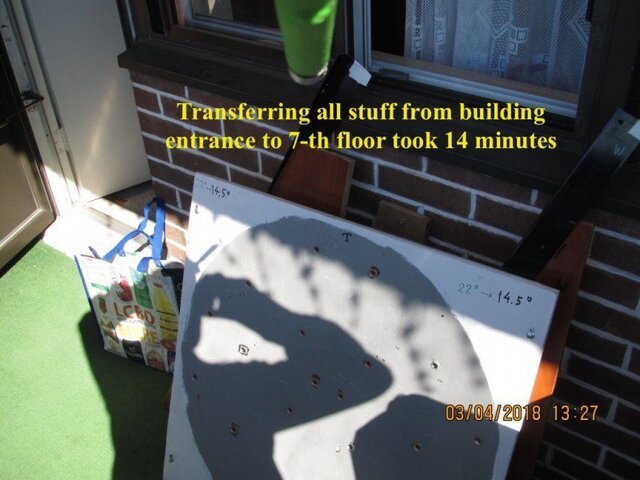 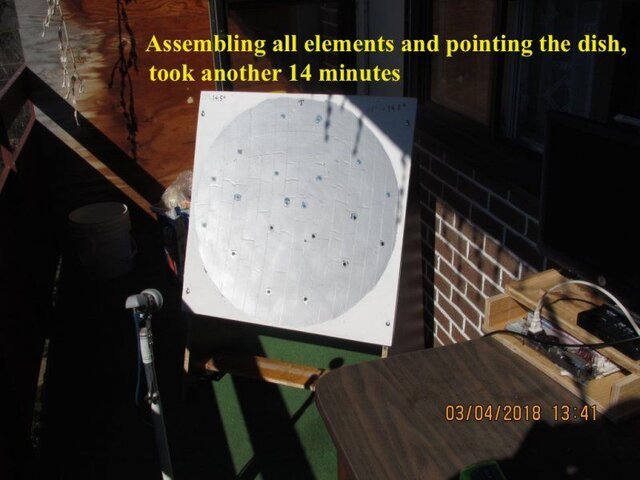 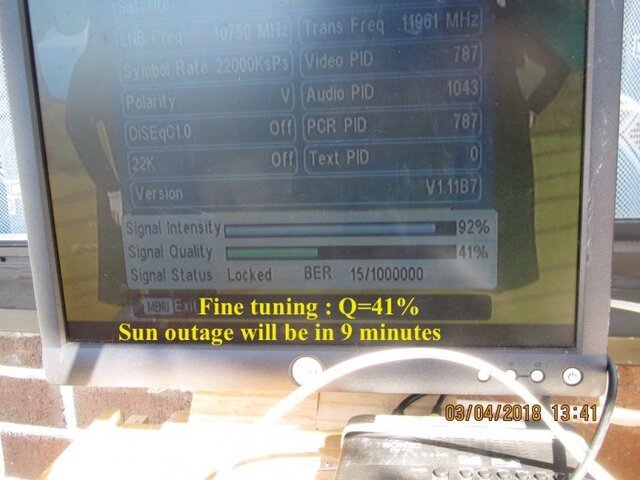 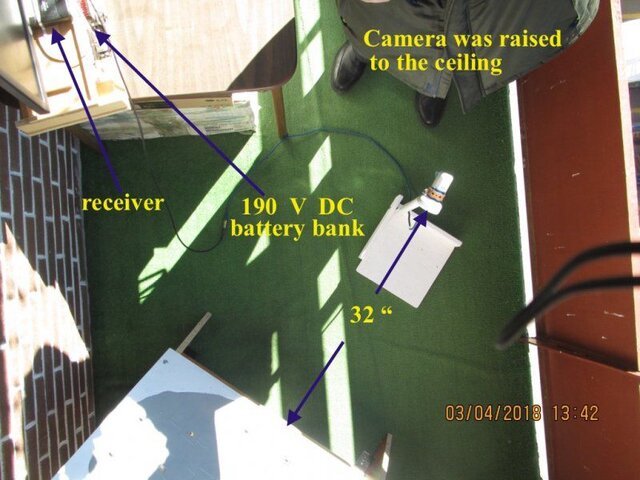 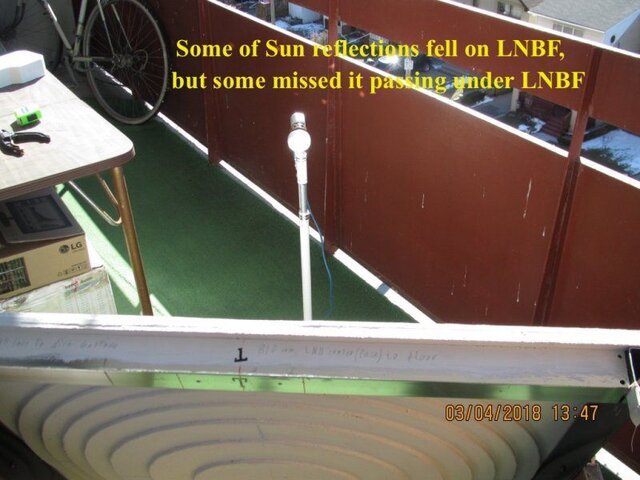 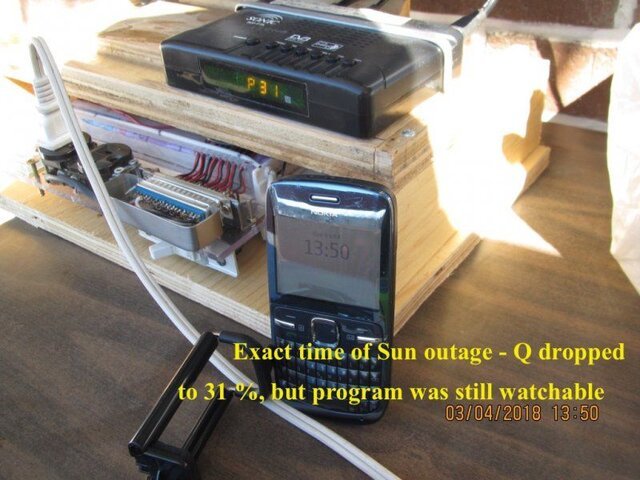 Salam alaikoum I congratulate you for this work Is it possible to explain the method of manufacturing this antenna and the materials used with its latest discoveries?
Last edited by a moderator: Mar 5, 2018
Reactions: polgyver

Machine for making wooden offset dishes of various focal lengths this is the link to my post about making dishes.
If you are also interested in making portable DC 200 V power bank (to avoid extension cord), you can click on my Avatar, and search my profile and my other posts.
Cheers, polgyver
Reactions: TAZI MOHAMED, spongella and KE4EST

A
Home made Polar mount for KU 1.2M dish

Has anyone made a mini-headend at home?