The trouble is they want a switch and I can not find one.

We had Dave come out and they used the old mount the Dish was on. I found The LNB but I can not locate a switch. The installer left everything in a pile for us and there is no switch. My parents swear there was one...but i can not find it.

Options: Do I call the guy who installed the directv and ask him for our switch? (assuming he took it) or what other options do I have?

What switch are they asking for? A DPP44 would be the expectation and that is large enough it would be hard to miss, which means your friend Dave probably has it.

We had one receiver, the one that has 2 tuners. One is an HD tuner, the other is SD and plugged into another room. The instruction's show this huge switch with like 8 connections on it and it says according to the picture is mounted below the dish....granted they also show the dish on the roof

The dish had 3 lnbs (I think) it looked like two. One was a solo and the other looked like 2 lnb's molded together.

That sounds like a DISH 1000 the switch was built into the one that looked like two molded together, it was not a free standing switch.
S

Ok. It was a 1000.2 and this is the picture of the switch that the instructions claim we had/have
http://www.prosatellitesupply.com/images/switch_dp34_2.jpg

Actually it was a 1k4 dish (LNBs "molded together"), but yes the switch is built into the LNB 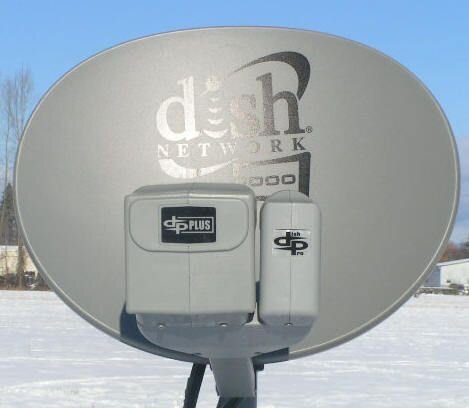 If so, then the switch is the one "molded together" and the other is a single lnb (technically could be a dual but I say single for simplicity.)

Either way, that's what they'll be wanting back. The LNB's.

Good call, didn't think of that since I haven't seen an old 1000 in about 8 months. I'm really glad to not be servicing 105 supers anymore too.
S

Still trying to resolve this, Dish called and said they want a switch. They told us it looks just like the photo in the instructions. My parents swear there was a switch that looked like the photo.

I contacted Directv's installer and he told me, there was a switch, and when he cleaned up the trash. He took it.

He has been telling is he will be out, almost everyday. Citing his service calls are too far away.

Today I called Directv and explained the situation. As on just now. I was told within 60 minutes the home office would call and set up an appointment for him to return our stuff.

*********
Just a note: I do not believe in any way, he is trying to screw us over. He left behind some tools. During my contacts with him, He says he really needs the tools but every night, our address is too far away.

***************
Directv promised me he would not get a charge against this new appointment. It will just allow him to return the equipment and get his equipment without having to affect