I have two Thor Broadcast HDMI HD Modulators for sale. Both are brand new, I opened one to take photos but the other one is still sealed and has never been unpacked. Looking to sell for $300 each shipped, but if have another figure in mind make me a reasonable offer and we will talk. They can do ATSC or QAM either one.

Here is the info from Thor's site:

HDMI Digital Modulator with a network interface for setup and control. Supports closed captioning, encoder that allows HD Video-Audio up to 1080p/60 from any HDMI video source with CC for easy distribution over RF CATV or ATSC network.
Applications in home entertainment, Digital Signage for hotels, shops, restaurants, hotels, casinos, stadiums, live events etc... any place with many television sets over RF coax 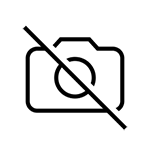 FOR SALE Anyone want a 4K 4x4 HDMI Matrix/Switcher