Well, I've had my eye on a DVB modulator for a couple years now, ever since i got my first commercial DSR Digicipher unit. Well, last week, i was able to grab one of ebay for a Putz price.

My theory was to be able to output the DCII signal to a DVB modulator which would output in Lband which i could inject into my satellite network and be able to then pull it into any of my regular satellite receivers.

I got the Modulator today, and i wasted no time digging into it. It went so darn smooth, i have the need to knock on wood. Utilizing a DSR6000, i patched an SDI BNC cable from the ASI output of the DSR6000 to the ASI input of the NewTec 2177 modulator. I setup the modulation to QPSK 7/8 30,000

The satellite receiver found it immediately on a blind scan and at a whopping 20db.

I have everything trailer park trash setup right now, and i have it throwing the signal into a test satellite STB. I want to inject it into the main satellite network and ill mess with that tomorrow. Both SD and HD channels work flawlessly, and I can now Pause and Timeshift my DCII and TurboQPSK channels which i could NEVER do on the DCII commercial receiver.

The Modulator has two ASI inputs, and i think i might be able to programmatically through SNMP protocols switch between the two ASI inputs, allowing me to jump between 2 different DSR models.
Reactions: olliec420, lost_mesa, . Raine and 4 others

Anyone know of a good combiner i could use to insert the 1080mhz signal into the network? I have other options if this doesn't/cannot work, but i'd like your input.

Titanium said:
Use a voltage blocking spliter.
Click to expand...

I also have a inline DCblocker to prevent DC into the modulator.

I've tried a monoprice DC on way spliter i have in hand. It's not passing the signal if i hook it in backwards.

I have a monoprice spliter, that doesn't accept signal backwards. I think that is because it was blocking DC power to the LNBF's.
I also tried a DLS all ports power passive and that doesn't appear to work either.

Have installed and tested with NTSC and DVB modulators for years. If no voltage on the distribution, would combine with standard multi-port splitters (no steering diode) and rated for the appropriate frequency range. The only time I would use combiners was if the budget allowed or if one leg required less attenuation.

Carefully observe the frequency pass, power pass, directivity and filtering for each splitter port. Often the specs on generic splitters are not well labeled or documented,
Reactions: iBoston

Okay, i ordered a splitter and will have it tomorrow. Hopefully that will do the trick.

Here are the stats on it
So, hopefully, this will do the trick. 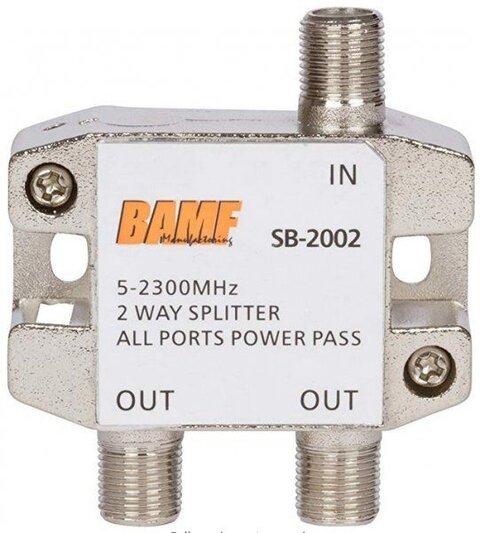 as the output on the back of the Modulator is SMA. In the mean time, i have it hacked with alligator clips. 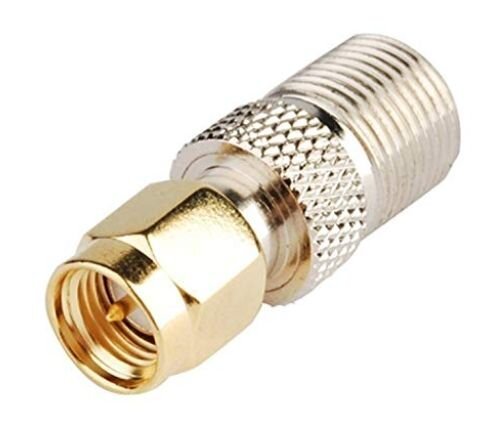 This sounds really interesting. I know its a work in progress but could you post a couple of pics?
Reactions: olliec420

Yes, ill take some photos. They mis-routed my package, so instead of getting it on Friday, not getting it til Monday.

Okay, here is my report.

I gave up trying to combine signals. I had either issues with signal quality, and at one point thought i had it working, but then couldn't get the DVB signal off the newtec on certain satellites, which i suspect was interference with existing Satellite signals. so instead i utilize a FREE Diseqc port #4.

I put a splitter on the Newtec Lband monitor that splits to five separate Diseqc switches. This enables me to watch a DCII or Turbo 8Psk on any of the TV's in the house.

I then got all three units placed into a cabinet in the basement so i don't have to hear the fans. I was also able to use both DSR units. One connected to ASI1 port, and the other on ASI2 port. I then spent a bit of time trying to figure out the MIB (SNMP) commands to set the ASI port on the NewTec modulator. Once i found that, I added the additional functionality to my DSRcontroller to allow me to switch ASI ports remotely without having to do it at the front panel.

I can now click on a channel, whether on my DSR6000 or my DSR4410 and it will automatically set the correct ASI port. I am SO happy. I really have full functionality of these units.

Picture 1 and 2 shows the SMA to Coax adapter and then the DC incline blocker.
Picture 3 shows the Newtec Modulator and the two DSR units. 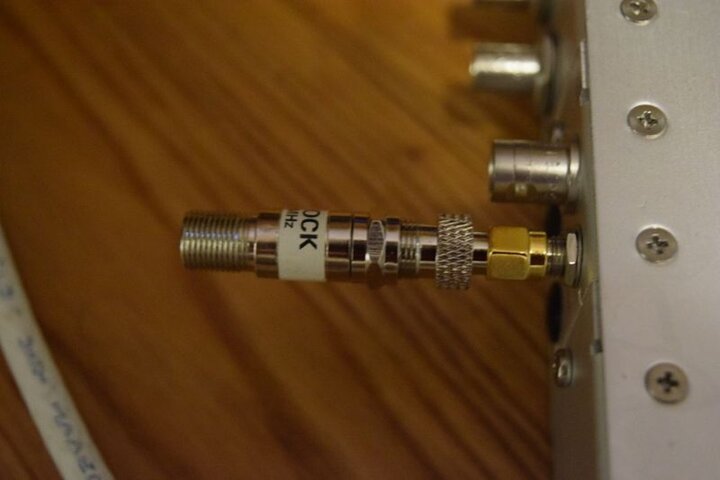 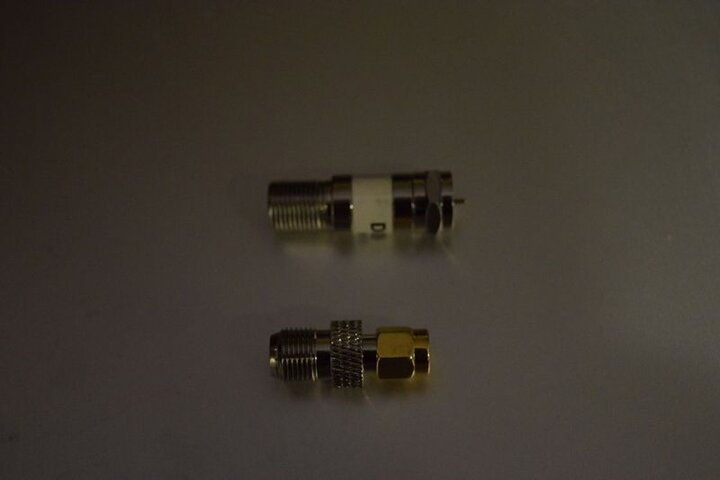 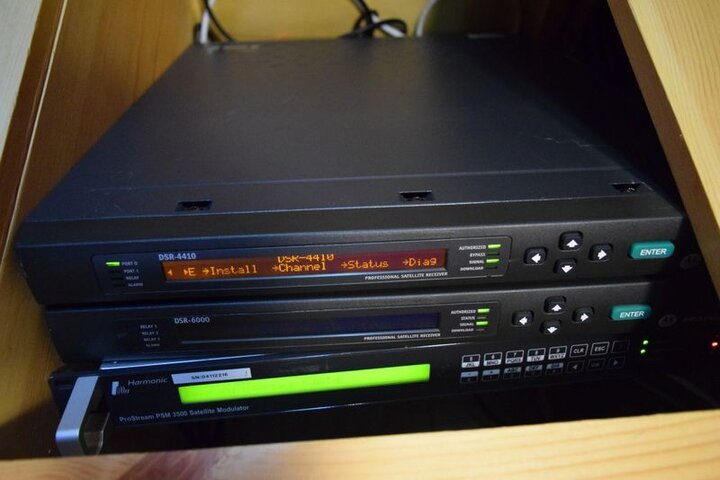 Good solution! Never have needed to go this route before and hadn't given switches any consideration.

Did you try attenuating the modulated signal? Easy to wipe out the weak IF signals.

Yes, definitely must modulate in an unused IF range and I have found that I would need to separate by at least 100MHz to minimize interference to adjacent carriers.

At a few locations I installed notch filters ($$$$). Also have placed the modulated signal outside of the typical downlink frequency range as some DVBS tuners can tune outside of the 950-2150MHz parameters.
Reactions: iBoston

Titanium said:
Good solution! Never have needed to go this route before and hadn't given switches any consideration.

Did you try attenuating the modulated signal? Easy to wipe out the weak IF signals.

Yes, definitely must modulate in an unused IF range and I have found that I would need to separate by at least 100MHz to minimize interference to adjacent carriers.

At a few locations I installed notch filters ($$$$). Also have placed the modulated signal outside of the typical downlink frequency range as some DVBS tuners can tune outside of the 950-2150MHz parameters.
Click to expand...

Its an Lband monitor port. I didn't see anyway to adjust the signal strength. Its set at a locked Lband frequency of 1080mhz.
Yea, one of the signals that i watch a lot is the ARTS channels on 91 that is too close to the 4070(1080lband) at 4066 and 4076.
Reactions: Titanium

Welcome aboard. Is the GI 4400 a end user receiver, or a commercial receiver? Others might be familiar with that particular model, i am not.