Here we go... This is my current dish setup. It's a strange hodgepodge of mixed parts that came together quite nicely and now have nearly twice as many channels to watch.

1st up is an old unbranded BJU (Bob Jones University) home schooling dish with a HH90 motor and an Invacom Quad QPH-031 Ku-band LNBF picking up channels from 58.0°W to 125.0°W.

Next is my "MiniBUD" project, an old Primestar/ChannelMaster 84e dish with a Young YY-CD008 C-band LNBF, set to 97.0°W. I used a standard scaler as a mount by drilling holes into the original Ku-band LNB mount and bolting it on, then adjusted the C-band LNB for maximum strength before adding the conical scaler and further tweaking.

For some reason, this cheap $15 C-band LNB had the strongest signals compared to 3 different Titanium LNBs I tried (CK1S, which also has Ku-band, C1-PLL with WiMAX LTE WiFi Interference Filter, and C1W-PLL lite Wideband C-band LNBFs). I don't know why, I tried mounting them exactly the same way and moving them in and out but could not get the same signal quality. Seems strange to me since I thought the PLL ones would have worked better... but I'm sure I will be using them in future projects... I do have another ChannelMaster dish, so maybe a 2nd "MiniBUD"... 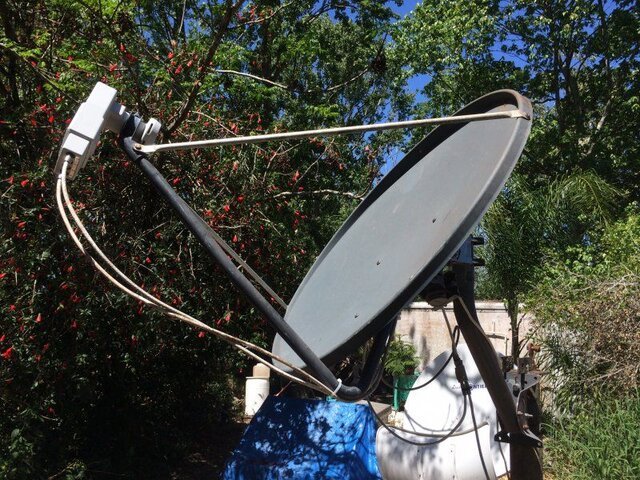 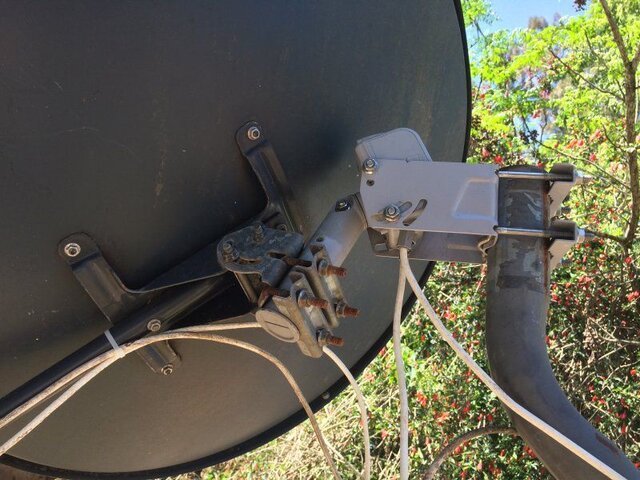 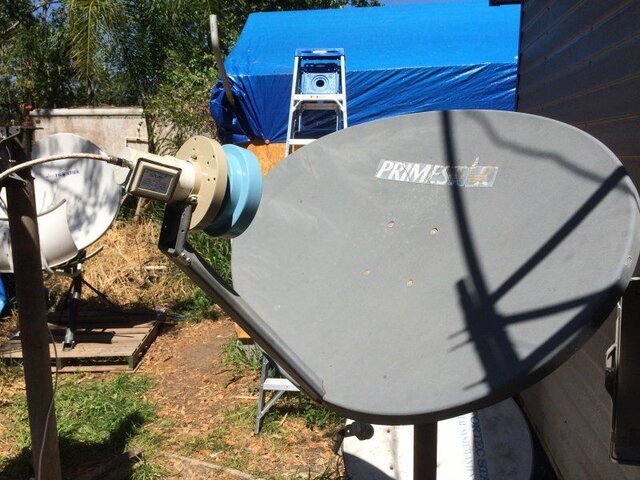 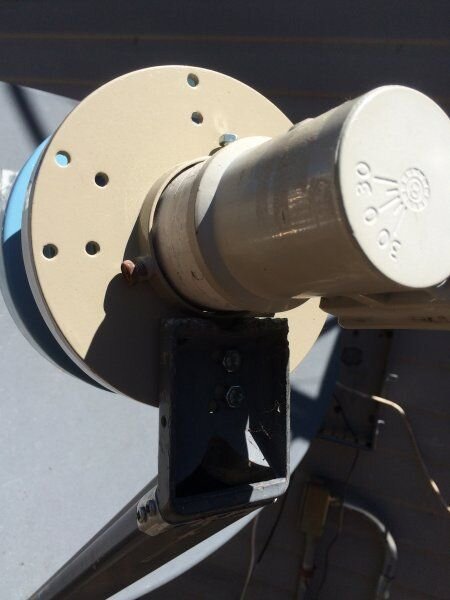 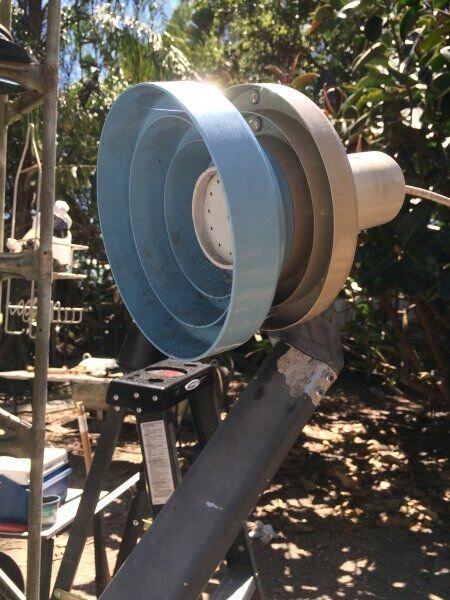 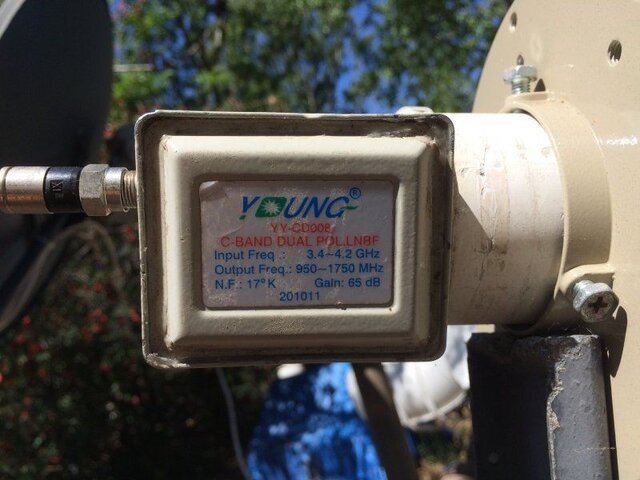 Also have a WaveFrontier T90 Toroidal dish that I'm planning on using with some old analog TV headend equipment I recently was able to get extremely cheap, and create a private use 36 channel cable TV network. Only have 10 satellite receivers for this project so far, and 6 TV digital to analog converter boxes to add OTA channels as well, but enough to get started and play around with. That way I can utilize the built in tuners and timers on older equipment (VCR, DVD Recorder, etc) 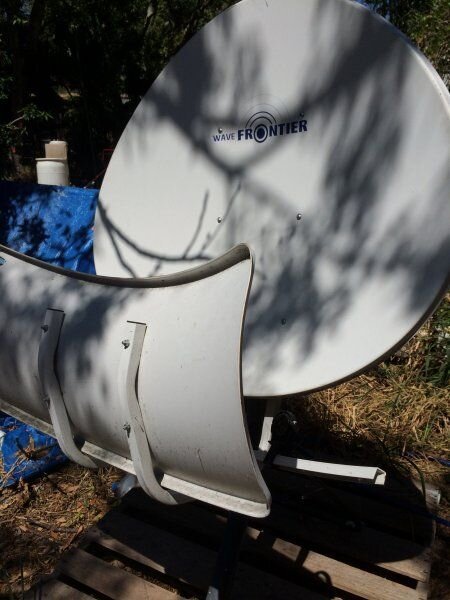 Good work there if you need advice on mini budding just let me know.

Very cool... Sounds like it will put a strain on your electric bill, but sounds awesome!

What area are you going to set the WaveFrontier to?

hank123 said:
What area are you going to set the WaveFrontier to?
Click to expand...

For starters: 87°w, 91°w, 95°w, 97°w, 103°w, 105°w. The manual says you can't get closer than 3 degrees, and others I've chatted with said 4 degrees, but I've already had 95°w/97°w and 103°w/105°w set at 2 degrees on this dish, so I know it is possible, just a little tough to fit/set. I had this previously set up before I replaced my HH90 motor on my old dish, so I know I can get these satellites. I also had 85°w, 89°w, 93°w and 99°w on my old setup, but didn't leave them since they only had a few channels, and nothing that I watched. But I may try and add them back since I have enough mounts for 15 LNBs, but I don't think I'll be able to get 15 on here due to the space on the mounting rail and some of the satellites no longer have clear channels, so there's going to be gaps on the rail. But there is examples of custom mounts on the web, so I may experiment with some of my own after I get the ones I know I can setup working. I'm going to use mainly universal LNBs on here, since I have a bunch of them that I got with the dish when I picked it up, and a few I bought when I got started in FTA.
Reactions: hank123

iBoston said:
Very cool... Sounds like it will put a strain on your electric bill, but sounds awesome!
Click to expand...

Maybe not to bad, since all connections are 12 volts except for a couple switches. Going to post photos of the equipment later.
Reactions: hank123

dsmith0429 said:
Maybe not to bad, since all connections are 12 volts except for a couple switches. Going to post photos of the equipment later.
Click to expand... 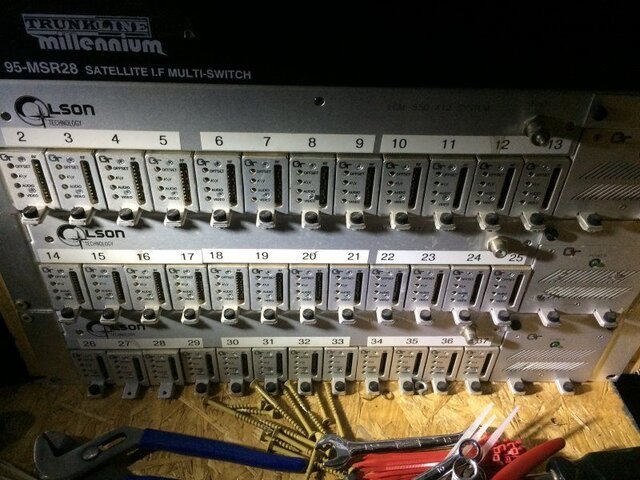 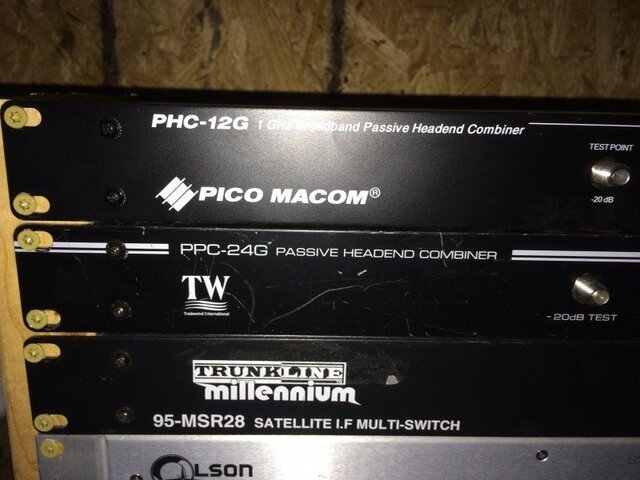 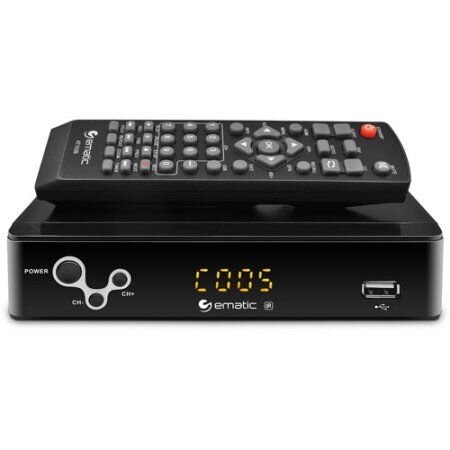 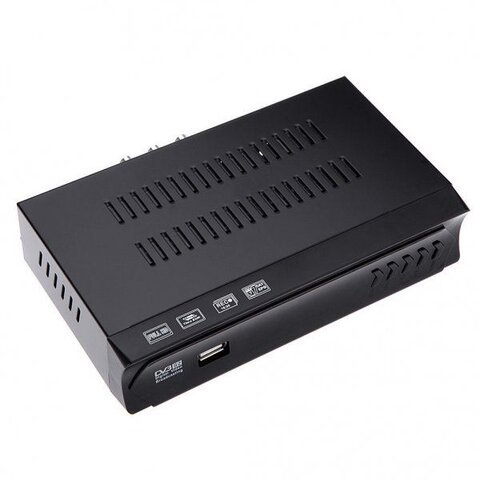 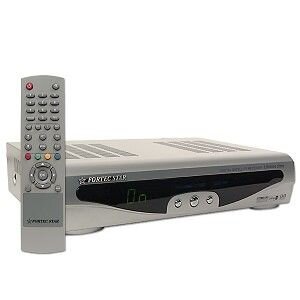 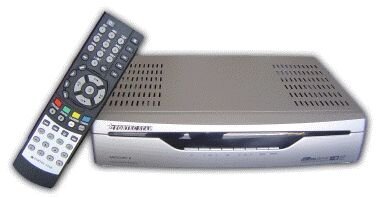