Reddit user moby323 has dubbed NBC’s Sunday Night Football intro, featuring Faith Hill, as the “worst intro in the history of television.” And although we’re hesitant to say it’s “the worst in history,” (there is always something worse out there) we’ll say that NBC’s country ode to pro football is the worst intro currently on television. Here are five reasons why.

5. “Professional football and Faith Hill in tight black leather.” This should work, but it doesn’t. An attractive woman dressed provocatively is beckoning you to watch the NFL. This is a no-brainer. A slam-dunk. No amount of meddling could ruin this unruinable starting point. But ruined it is, and the fact that such an easy concept gets fumbled makes things worse.

3. Why is Dwight Freeney swim-moving his way through a cornfield? Most of Sunday Night Football’s intro is dedicated to football players doing football things, set against a very identifiable backdrop from their team’s home state. In other words, shots of Adrian Peterson running across a frozen pond, and Eli Manning looking goofy in Times Square.

2. When you appeal to everyone, it’s appealing to no one. Alright, assembled East Coast TV Men. How do we capture the hearts and minds of the rest of America with this intro? With country music, that’s what. Those slack-jawed yokels will be powerless to resist. Which brings us to…

1. The song. We are not fans of the song, but you probably could’ve guessed that by this point.
Click to expand...

It sort of reminds me of Celine Dion singing AC/DC's "You Shook Me All Night Long" at I think one of VH1's Divas show. She made it so slick and polished (when the song was great in the first place in large part because of its raw and gritty vocals) that it wound up ruining the song and making it outright cheesy. To me, networks that feel the need to use a popular singer to intro their sports coverage, is just a case of TV networks selling out in order to appeal to a "hipper" or younger audience (it cheapens the coverage if you ask me and lacks in substance). For example, remember when ABC used the Pussycat Dolls to sing "Right Now" at the start of their NBA telecasts?
​
​
​

I beg to differ, I prefer Faith Hill to animated Robots... and haven't watched MNF since they dumped Hank Jr ...

I never understood why they need a Musical act in the first place.

If they got rid of all this type of stuff we could still START games at reasonable hours, a 8 pm telecast should be starting by 8:07.

Jimbo said:
I never understood why they need a Musical act in the first place.

If they got rid of all this type of stuff we could still START games at reasonable hours, a 8 pm telecast should be starting by 8:07.
Click to expand...

No they wouldn't they would still have the talking heads blabbing on & on ad nauseaum ...

dfergie said:
No they wouldn't they would still have the talking heads blabbing on & on ad nauseaum ...
Click to expand...

Here's my argument why to keep Faith Hill: 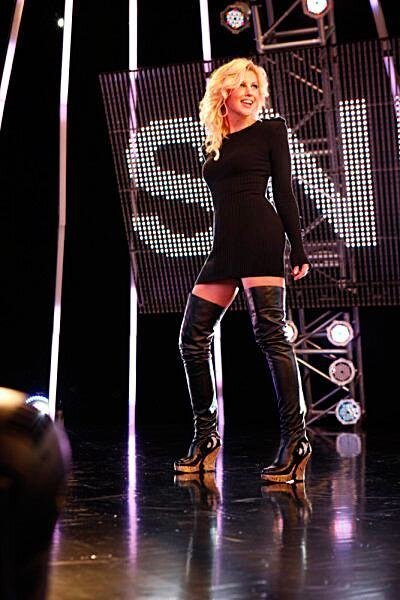 I always record the games i watch and start watching at least a hour later so i can ffwd the commercials and half time so i skip all the stuff at the beginning.

I don't think I have heard or saw it yet this year, probably ignore it ...

I hate the NBC intro.to me it's the worse. I pretty much dont tune in until the game starts.

rey_1178 said:
I pretty much dont tune in until the game starts.
Click to expand...

surfin SATGUYS in a round room with padded walls

cjwct said:
Here's my argument why to keep Faith Hill:

no argument from here.

Its not terrible,but every stadium in the NFL plays at least one or two AC/DC tunes during the game so why not shell out the bucks for some AC/DC tunes for the intro?Hard rock and NFL football go hand in hand imo.The 80's pop music that NBC plays during the breaks is much worse than the Faith Hill intro.

You should go to a High School game, they play loud music thru thel oud speaker even covering up the band intro on the field around here and the last thing they play is the Fox theme which has nothing to do with HS football...

i don't mind it at all. the hank williams jr song on mnf was worse by far imo

The intro song was actually based on Pink doing a reworking of Joan Jett's "I Hate Myself for Loving You." So there's the answer,replace Faith Hill with Joan Jett.

I like the intro song. I usually pump the audio prior to the game. The song is catchy and it usually get's me in the mood for a game. I even think Pink did a great job with it even before Faith Hill took it over. The video montage is indeed quite corny though.
Previous Next
Share:
Facebook Twitter Reddit Pinterest Email Share Link

What is NBC's "Football Night in America" obscuring?