MicroHD, which one to buy? 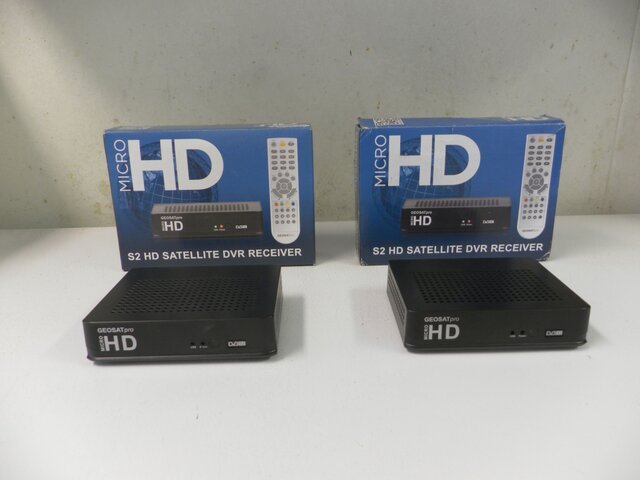 Up front they look the same, but let's get behind them and see what goes. 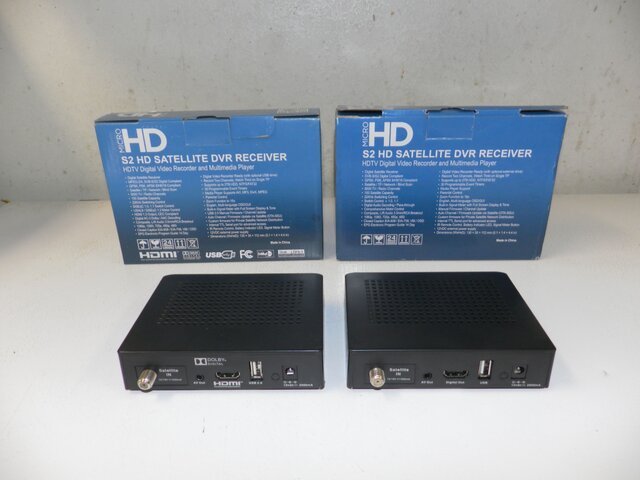 I wonder what differences we don't see?

Where did you buy them? Same place? Different?

The one on the left is from the first batch of microHDs. The one on the right was purchased recently. But I don't think I would call it a clone just yet. The dealer who sold it has nothing to do with the questions that face us currently and I'm not pointing fingers at anyone. But there should be some discussion about this I think.

Agree, it may not be dealer's fault and not wanting to slander anyone. Just hoping to prevent someone else from getting a bad one.

How about opening it up and lets see if there's a difference in the circuit boards.

There are tiny differences in some of the components that I can see, but both have the ALI chip 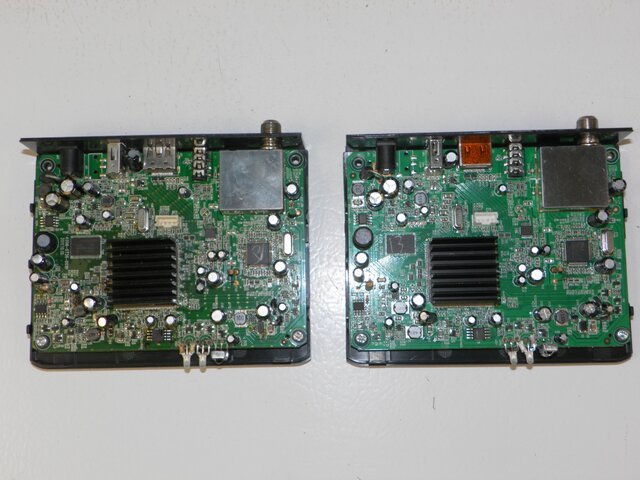 The circuit boards appear identical. Looks like some minor differences in the solder quality between the two. Have you tried swapping their power supplies?

I notice the one on the left has "HDMI" and the Dolby Digital marks printed on it. Along with USB 2.0 indicated.
The one on the right just Digital and USB. No HDMI or Dolby Digital.
Think there's a licensing requirement for HDMI and Dolby Digital, possibly USB 2.0 also. [Smells like a clone.]
What's the firmware version indicted?

Yes, the problem unit doesn't change with different 12v supplies. I think the tuner in the one is almost junk.

FaT Air said:
I notice the one on the left has "HDMI" and the Dolby Digital marks printed on it. Along with USB 2.0 indicated.
The one on the right just Digital and USB. No HDMI or Dolby Digital.
Think there's a licensing requirement for HDMI and Dolby Digital, possibly USB 2.0 also. [Smells like a clone.]
What's the firmware version indicted?
Click to expand...

The new units have a firmware version which is later than what we all use and it stinks. We have been reflashing with the earlier version. It looks to me that the quality is been lost out of these things.

Mine is like the one on the right and I've never had any major problems with it. I boot looped it once, when I first got it and it had a issue with a few transponders that updating the firmware fixed, but other than that, it's been great. 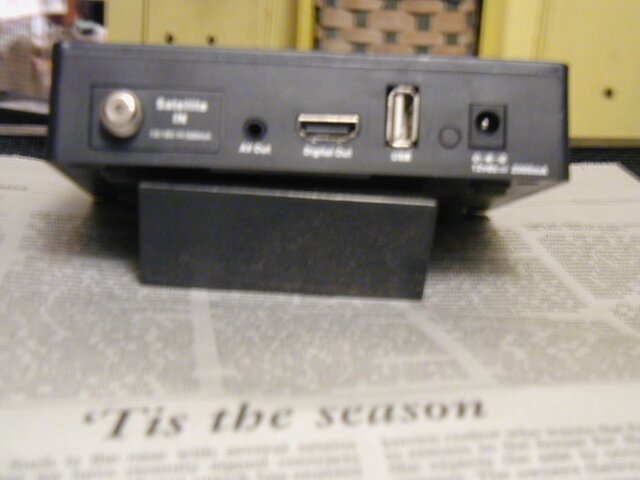 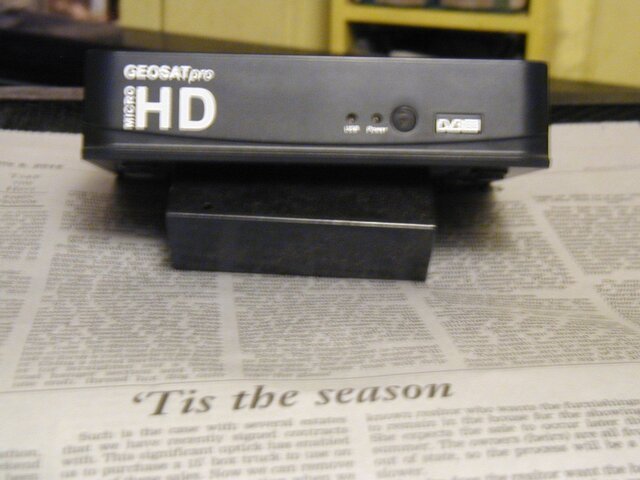 Just thought of another very annoying issue that I did have with it, if I scrolled through the menus too fast with the IR remote, it would shut off. I use a RF extender with it now and that issue is no longer a problem, but with IR, sometimes I felt like throwing it out the window!
Last edited: Jun 5, 2015

Well then, Magic, you should get it replaced as a defective (deaf) unit then.

FaT Air said:
Well then, Magic, you should get it replaced as a defective (deaf) unit then.
Click to expand...

Oh I will have it replaced, I'm just not happy with the fact that I can't buy a MHD that is the equal of the other two I have. At least it's easy to see which used ones are the better ones

Mine are like the one on the right ("clone")too, I bought them about a year ago and except for boot looping one of them
they worked OK I guess.
Apparently there are two different styles. You may just have a dud?

The first 4 numbers in the serial numbers appear to be the date code. Yours being May 2014 for example. The original one I have is Jan 2012 (1201000***)
I'm sure the second gen MHDs work for the most part. I happen to have a bad one which is not a big deal. But it does bring to my attention that "the devil is in the details" One of the nice things about the microHD when it came up for sale was it had all the technologies properly licensed thus protecting American jobs an ideologies. Now the MHD appears to be just another cheap unlicensed Chinese import out to squeeze all profits it can out of the consumer.

Mine is like the one on the right with a date of May 2014. No problems so far. It came with version GSPMHD_20130626 installed. Right now I'm piggy-backing off my 4DTV C-band so I have no experience with the USALs functions, that'll come later this summer when I install a dedicated dish.

Both of mine are like the one on the right. They were purchased late in 2012 and both have the 1212 serial numbers, and, DON'T have the HDMI markings on either the boxes or the receivers?

One of mine came from an Ebay vendor and the other directly from Satellite AV.

I did have some problems with them and wound up NOT using the internal 22Hz switch in the DMX741 LNBFs I use. I ran two coax lines out to the LNBF and have the external Ecoda 22Hz switch right next to my Vbox X movers. Other than that I haven't had any other issues to date.

R
DiSEqC Switch / Which one / Where to buy?

Best Actuator opinions, which one to buy