Toggle sidebar
You are using an out of date browser. It may not display this or other websites correctly.
You should upgrade or use an alternative browser.
J

Josephinelcajon said:
I also highly suggest adding the protection plan for the first couple of months. You will need the ability to talk to the American tech team and fast many times. God forbid you need an installer called out it will fully cover this. We should not have to pay to be basically beta testers but just trying to be real about it. If you do decide to upgrade call loyalty and ask to wave any upgrade fee. The protection plan will help you here once again. We should be paid to put up with this!

I have been with Dish for decades my first dish had the Echostar on it! I would never switch providers and do fully support them and need to vent your frustrations out (its a lot like a wife you love them to death but SOMETIMES!)
Click to expand...

If you're not streaming on multiple services, then I really see no benefits to upgrading. Its key features it would add is streaming everything from one source and being able to search all those services in one place.
Reactions: charlesrshell

jackson85 said:
I considered getting the Hopper Plus, but decided at the last second, not to doit. The Tech that was going to it, told me that I would have to get a new Hopper3, which I didn't really understand why, and he really didn't give me a really good enough reason why I needed to do a completely new Hopper 3, in order to get the HopperPlus. Then, his Supervisor said, that it would be a long shot, suggested a Jump Drive. I again I said No. It may a little convincing, if I didn't have to give up my current Hopper 3 and recordings, but if I did change it, and l lost all of the current recordings, then I wouldn't hear the end of it, from my wife and daughter.
Click to expand...

There is no reason on Earth why you would need a new Hopper 3 unless the one you have is having issues.
Reactions: Scott Greczkowski, Josephinelcajon and charlesrshell

Josephinelcajon said:
In its current state to upgrade to the Plus you do not need to swap it out BUT chances are very high in my opinion that a failure would occur requiring its replacement. Regardless of upgrading or not I can't stress the benefits of using an external hard drive! Just like backing up your computer. The Plus will be amazing in the near future if the concept fits your viewing style. I just started any serious streaming this year and see the amazing benefits! Second if you decide the installation will take several hours. Most of this is updating the Hopper3 regardless of your old one or a new one. IF there is a failure, they lose 2hrs and start that all over with another Hopper3.

So far during my install of 8 full hours my Hopper3 failed and three Plus units failed during the installation. Weeks later a Joey 4.0 needed replacement and last but not least another Hopper3 failure a week after that. Some of this was early software issues others were installers error.
Click to expand...

Anything that takes 8 hours is on the Installer, unless your house had NO cable and needed all wall-fishes
Reactions: Tecnicoloco, Josephinelcajon and charlesrshell

Not sure why replacing Joeys is a bad thing. The new joeys are better
Reactions: Josephinelcajon and charlesrshell

HipKat said:
Anything that takes 8 hours is on the Installer, unless your house had NO cable and needed all wall-fishes
Click to expand...

I fully agree the cable was a year old with Hopper3 and two Joey 4Ks
Reactions: HipKat and charlesrshell

Josephinelcajon said:
Zero idea if it will help but I also went online and sent a hit to the receivers. It did nothing immediately but maybe helped that night.
Click to expand...

I want to send a hit to my Joey 4s. Where is it on line? Can't find it in mydish.com.
B

Our hopper 3 / Plus are showing P110 on both. Reset numerous times and selected “check for updates” which responds “up to date”. What does it take to get the update? 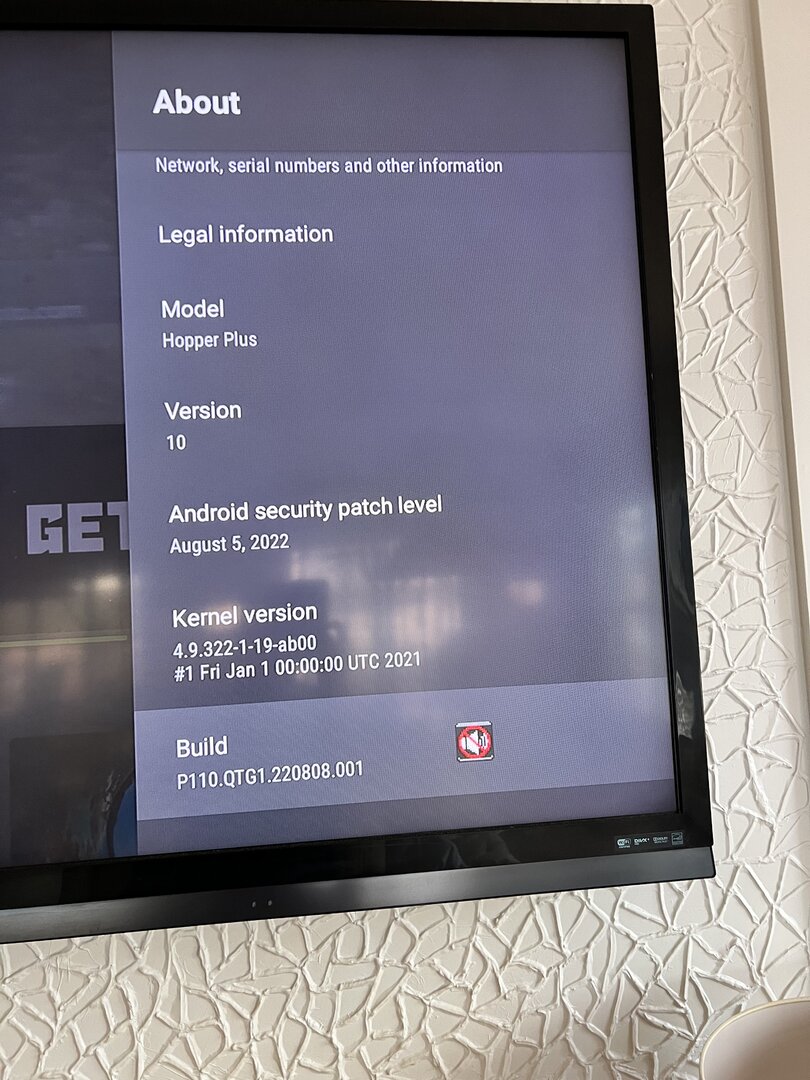 Boonedocks said:
Our hopper 3 / Plus are showing P110 on both. Reset numerous times and selected “check for updates” which responds “up to date”. What does it take to get the update?

Mine has stayed on what I think is the last update H330 and P112. Receiver still resetting some settings but is responsive and working quite well especially compared to last updates!
Reactions: charlesrshell

I already tried that selection. When I select that just shows list of my equipment again and that's it.
Reactions: Josephinelcajon

charlesrshell said:
I already tried that selection. When I select that just shows list of my equipment again and that's it.
Click to expand...

Or call into the automated line
Reactions: charlesrshell

You can't hit Joey 4's the Hopper 3 is what authorizes them.
Reactions: Tecnicoloco, HipKat, charlesrshell and 1 other person

The hit goes to all your equipment, via the Hopper.
Reactions: Tecnicoloco, Josephinelcajon, TheKrell and 1 other person

DISH Support. What is taking so long to receive software updates P512/P612 for my Joey 4s? Updates have been out for a while. I talked to a supposedly level 4 Joey 4 specialist yesterday and he said the Joeys have to be in standby mode. He wasn’t aware the Joey 4s don’t go into standby when the TV is turned off. Is there some way to put Joey 4s into standby mode?
Reactions: Josephinelcajon

W
I updated both Hopper Plus and Joey 4.0 in November; buggy from the start

Who Read This Thread (Total Members: 169) Show all