The Hopper installer has arrived let the fun begin!

Toggle sidebar
You are using an out of date browser. It may not display this or other websites correctly.
You should upgrade or use an alternative browser.
A

Straight off I am told that this is the first Hopper installation in Houston and that management will be showing up to see over the process. Also to bring the Duo-Node.

This is new service for me but the house had Dish before i bought it. The tech wants to replace all cable in and outside the house, mostly because with management coming later on, he doesn't want to take ownership of the sloppy existing cable runs. Is this necessary? I don't think so, its all RG-6 but what do I care, I'll take new everything today.

Also the installer wants to use a pole setup in the backyard versus the fence setup that existed before. I'm liking this guy better and better.

The last thing he said before headed off to the truck, was that this was going to take awhile.

As if a well informed consumer and his boss showing up wasn't enough presser, I also told him that this install was going to be tracked on SatelliteGuys.us.

what? no live video feed?
A

mdram said:
what? no live video feed?
Click to expand...

Haha, I will enjoy his thread over the next couple of hours, I think. ;-)

Let the installer knows he's got an extended audience!
A

I just subscribed to this thread.

This is like a bunch of kids flattening their noses on the old time department store windows at Christmas time.

Yeah maybe no live video feed, but take plenty of still pictures to post so we can see!!!!

dare2be said:
I just subscribed to this thread.
Click to expand...

KAB said:
This is like a bunch of kids flattening their noses on the old time department store windows at Christmas time.
Click to expand...

And you are the old curmudgeony security guard shooing us away?

I've been waiting for a thread like this!
A

UPDATE: Well the fence that the old dish was on kinda rocks back and forth some so the installer has chosen to go with a temporary pole stand for now and will schedule someone to come and put in a permanent cemented pole. He has also chosen to replace the cable with some new stuff (see pic) that seems to be more of a weatherproof product.

Also, an actual Dish employee is doing this install and not a contractor. Which is cool because this guy is all pro so far. FYI - a 3rd party did the install that exists now. 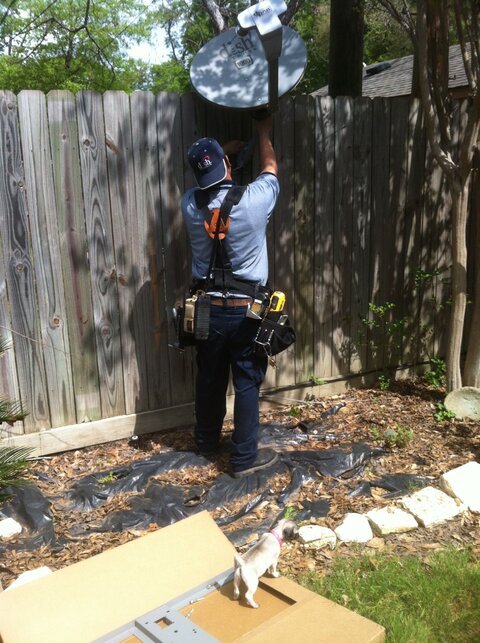 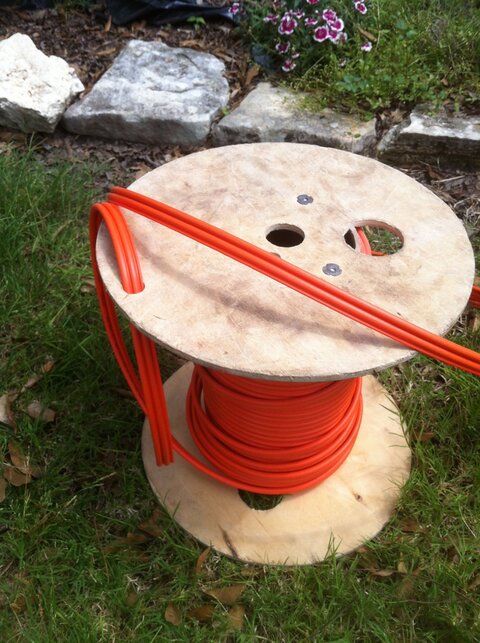 Pug puppies are pretty much the only thing that could distract me from a new Hopper.

sitting here watching march maddness and keeping up with a dish installment boy retirement is good.

I'm in the process of installing mine right now.
L

Scherrman said:
I'm in the process of installing mine right now.
Click to expand...

S
Upgrading to the Hopper 3 system - a few questions

B
Hopper Plus on Hopper DUO