"AT&T Inc. T -0.12% lost nearly one million pay-TV customers in the second quarter as cord-cutting continued to take its toll"

As I predicted, DirecTV satellite saw even worse losses in 2Q than in 1Q. From Barron's:


In the second quarter, a net 778,000 customers canceled their DirecTV satellite or U-verse cable TV service, versus a consensus forecast for a loss of 631,700. That’s on top of a net 544,000 cancellations in the first quarter. AT&T warned on Wednesday that 1 million customers remain on promotional plans ending this year—and will see price increases—so cancellations will likely remain high.
​
Up through the end of 2018, AT&T had been breaking out numbers separately for DTV vs. Uverse TV. DTV had been losing subs but Uverse TV had actually gained some, at least in the last couple quarters of last year. My guess is that they started combining them this year so that they could avoid reporting the even worse number of losses for DTV alone.

And if this Nexstar and CBS disputes drag on much longer I'm sure the 3rd quarter losses are going to be even worst.
Reactions: whitewolf8214
N

rad said:
And if this Nexstar and CBS disputes drag on much longer I'm sure the 3rd quarter losses are going to be even worst.
Click to expand...

On the call today, AT&T's CEO sounded optimistic that the CBS dispute would get resolved pretty quickly. But he said that the Nexstar dispute was more difficult and might drag on for awhile. I would expect it to wrap up before the first regular season NFL game airs on Sept. 5, although that's 6 weeks away. As you say, 3rd quarter losses will be even worse, due not only to the blackouts but also more customers rolling off of their discounted rates and out of their contract locks. 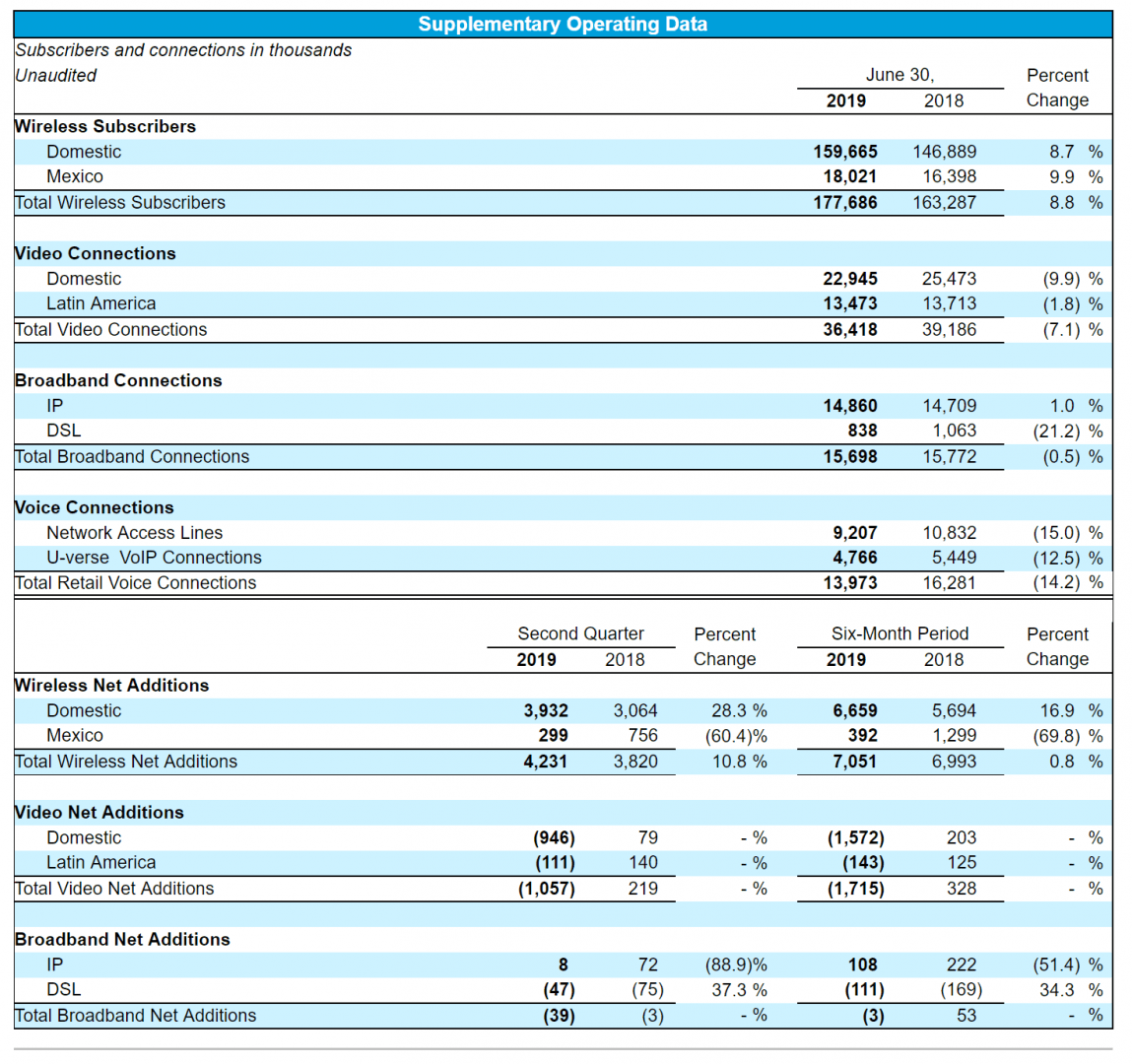 T
Cutting the cord unless overwhelmed by retention....