Don in CT said:
NASCAR is reporting that he is in serious condition but injuries are non life threatening.
Click to expand... 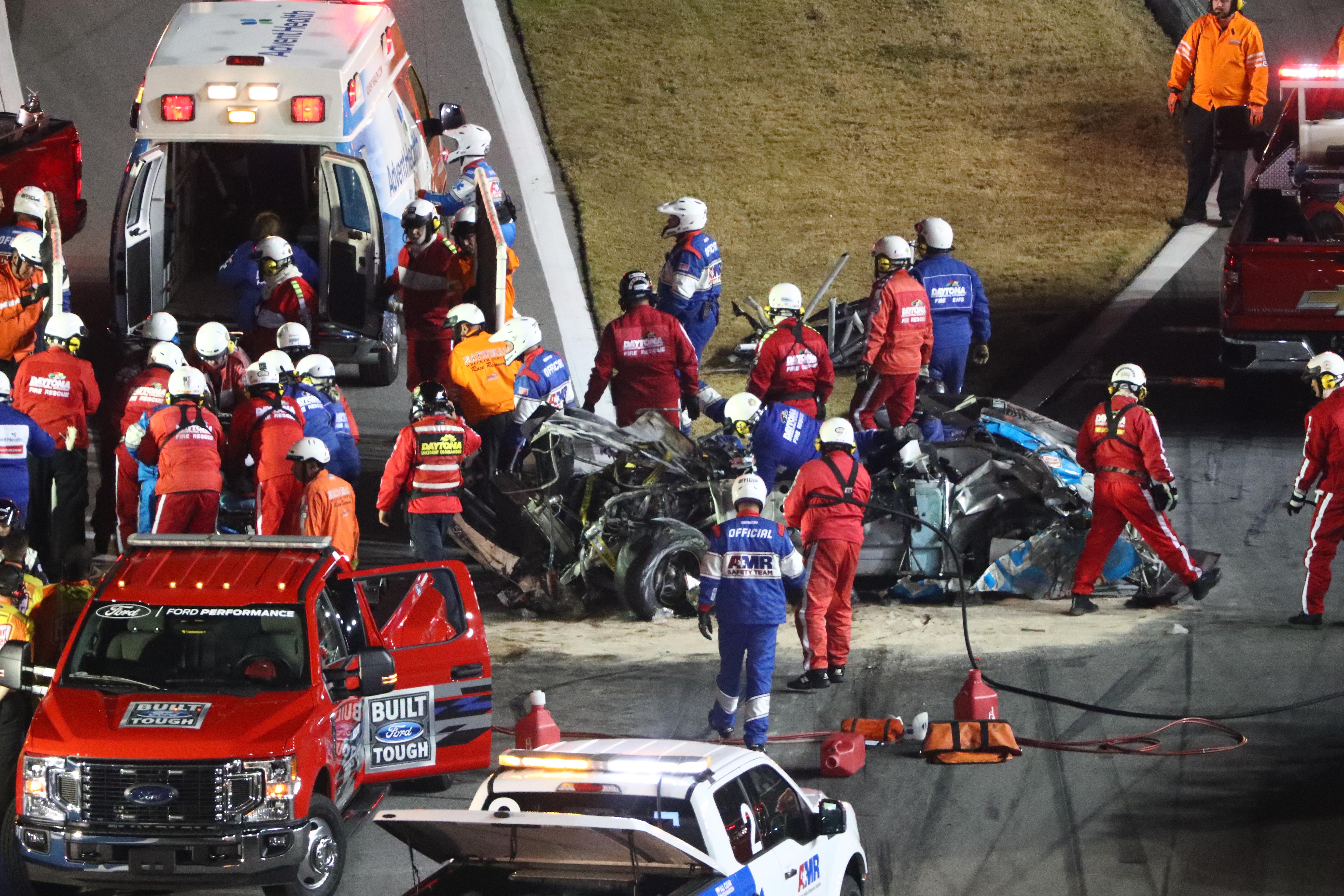 The 62nd annual Daytona 500 was won by Denny Hamlin, but that was overshadowed by the crash involving Ryan Newman.

Well NASCAR was the lead story on most networks tonight. You usually don't see that unless something major happens.
Reactions: DWS44 Damn, I heard it in espn, that is some crazy wreck!

After such wreck I’d think his nascar career is over.

I’m not into NASCAR and like Don said, unless something tragic happens most people don’t know.
Reactions: Howard Simmons

IcEWoLF said:
Damn, I heard it in espn, that is some crazy wreck!

After such wreck I’d think his nascar career is over.

I’m not into NASCAR and like Don said, unless something tragic happens most people don’t know.
Click to expand...

I don't see his career being over ...
Of course it all depends on what kind of injuries were involved.

EarDemon said:
Toyota will NEVER be an American car.
Click to expand...

They are more American made than any other car in the US.
Reactions: SamCdbs and Howard Simmons

Ramy said:
They are more American made than any other car in the US.
Click to expand...

That may be but the fact of the matter is Toyota's main HQ is in Japan always has been always will be, Which makes them a import in my book.
Reactions: Jimbo and Elsguy

Yep,I'm gonna go down to my Toyota store and get me one of them pushrod V8 rear drive 2 door Camrys,oh wait.

Praying for Ryan's recovery. That wreck almost immediately gave me a sick feeling in the pit of my stomach like I haven't felt during a race in a long time. Glad to hear his injuries are not life-threatening, but the continued lack of any real updates leaves me concerned for how bad the injuries are. Given the hits to the roof of the car, you worry about the severity of head and neck injuries. Here's hoping he can make a recovery for a full life, whether or not he can return to driving again someday.

Good article from Ryan McGee at ESPN. Sums it up pretty well: Newman's Daytona 500 crash reminds us of fragility of life in dangerous sport
Reactions: Jimbo, charlesrshell, stardust3 and 1 other person

As for the manufacturer thoughts...Even as a long time die-hard fan of the sport, who thoroughly believes in its roots being in the southeast, I have no problem with Toyota being part of the sport. I'm a longtime GM/Chevy guy even though I'm currently stuck rooting for my guy driving a F**d nowadays, but the reality is that, for the health of the sport, we need more manufacturer support, not less. There's only three options for domestic support: GM, Ford, and Chrysler/Dodge, with the latter being a bit fuzzy, given the FCA partnership. FCA doesn't seem all that enthused over a return for Dodge, and I'm not sure Chevy and Ford could prop up the whole series by themselves, long-term.

I may not root for them (especially the 18 ) but Toyota support of the sport is solid, and I feel like others are on the horizon once the Nextgen car comes along. There's been some pretty solid rumblings of interest from Hyundai/Kia and possibly Honda as well. I'm just thankful the interest of the sport is still there to help keep it alive and viable.
Reactions: charlesrshell and stardust3

The "He's awake and talking with Family and Doctors" is very positive.
Reactions: DWS44 and charlesrshell

Glad to hear news about Newman awake and talking.

I didn't process how bad it actually was while watching. Grown so accustomed to these guys getting out and walking away after a bad wreck, then giving an interview dissing the guy who wrecked them. This was a reality check just how dangerous racing can be.
Reactions: Jimbo, Partysox, DWS44 and 1 other person

Reactions: stardust3, Don in CT, charlesrshell and 1 other person

...and an image they just posted from the hospital:

I don't think that picture is from today (even though they would like you to think it was) Ryan's father posted online this morning that his face an head had a lot of bruising and was still bleeding.
Reactions: charlesrshell

..and according to Roush, he was just released from the hospital!

Reactions: Foxbat, mccoyrj, Jimbo and 6 others

Who Read This Thread (Total Members: 60)