No playing with my dishes today.

Woke up to about 8 inches of snow this morning, no problem let me get a cup of coffee and I will broom it out. Next thing I know, 3 hours of freezing rain and 60 MPH winds and no more snow. Tried to broom it but it only looks like snow. It's frozen solid. Oh well supposed to get above freezing Tuesday. Who says it don't get cold in SC? 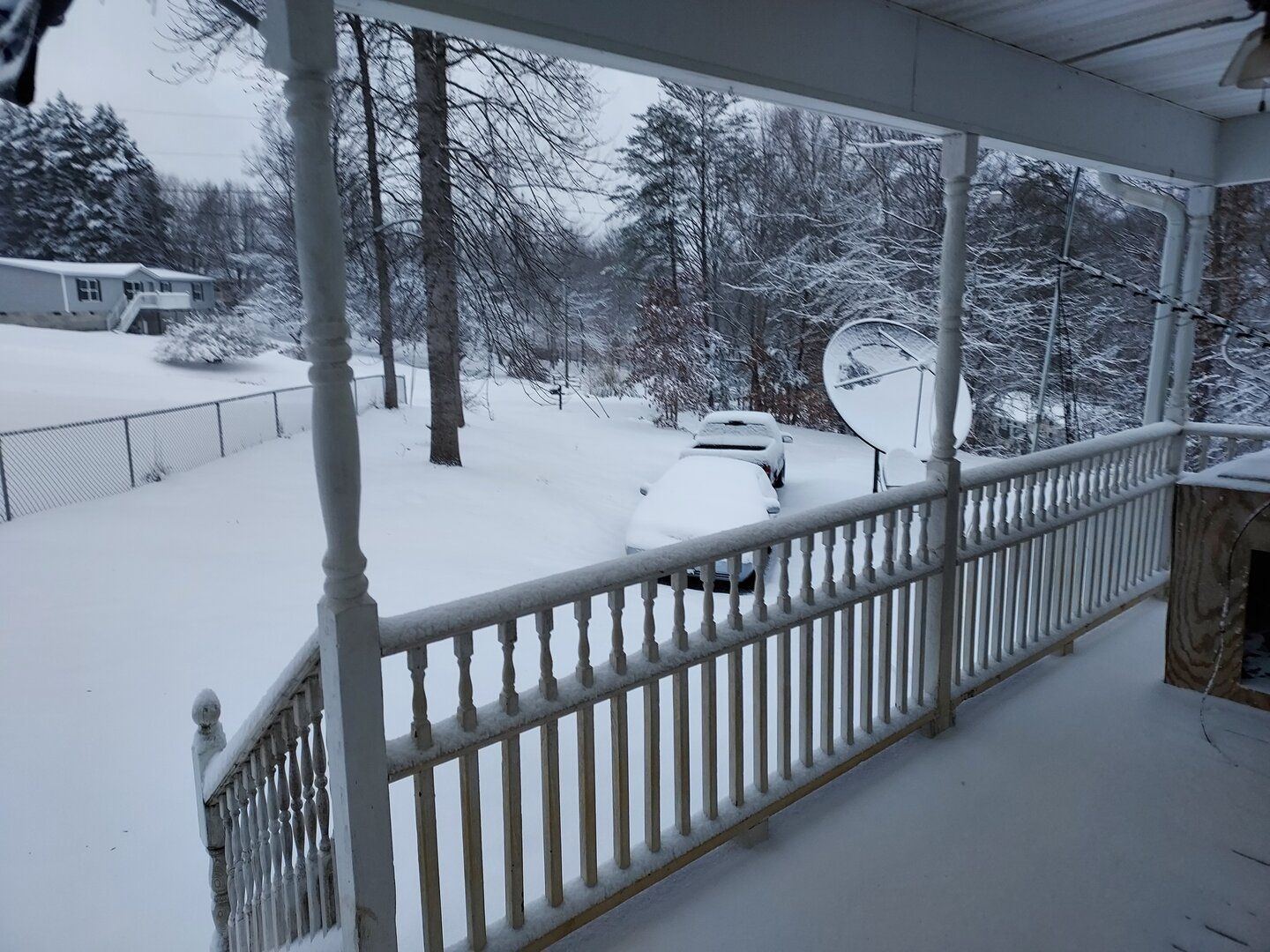 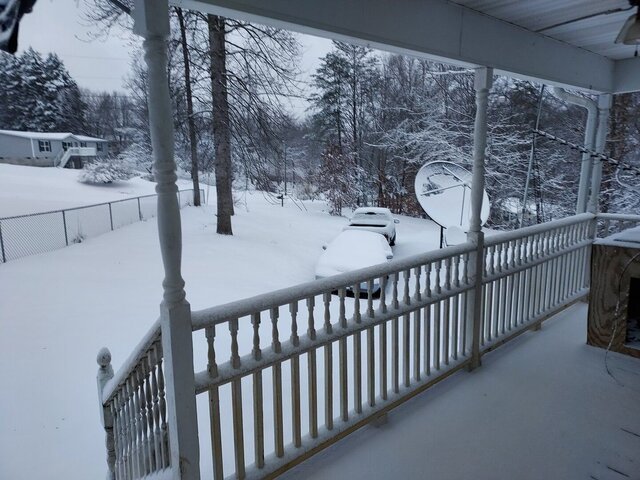 Still snowing, would like to think I could get some off.
Reactions: polgyver

Welcome to what we northerners like to call a January thaw!

Too cold for my taste!!

I brushed my buds off 3 times before the snow switched to freezing rain and sleet, then light snow. What's on there now will be there til it melts. Luckily it isn't thick enough to block most signals.
Reactions: c-spand, Comptech and FTA4PA

The same weather is in Toronto... 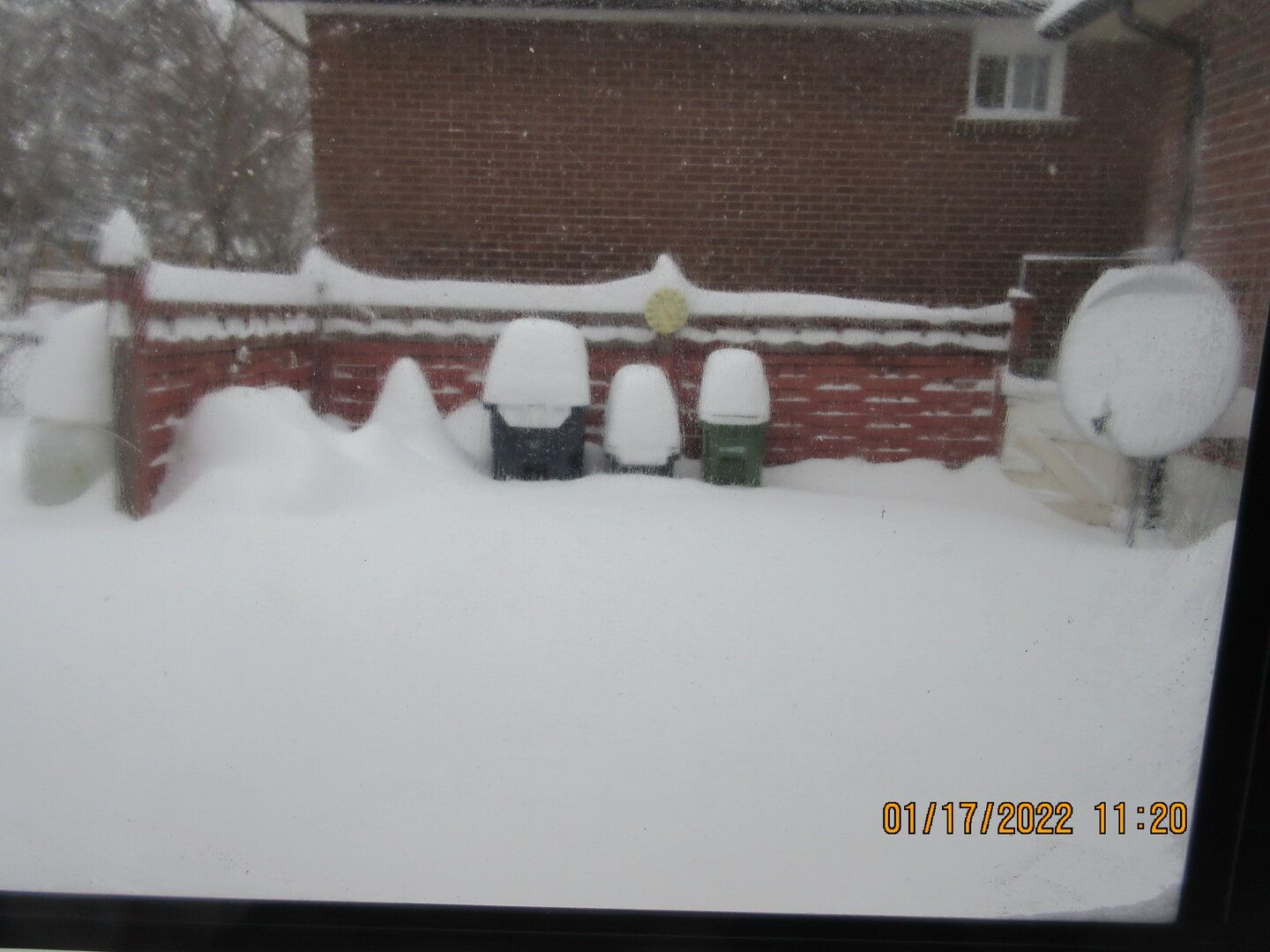 We got that crap here in Virginia Monday but it wasn't 8 inches. We got about 4 inches of snow then the sleet started and now it's got about a half inch crust of ice on the whole works. Bad part about it is there's more of it in the forecast for 3 days later this week??? WTF? [rolleyes]
Reactions: Comptech and Keith Brannen

We got about 4 inches of snow before the rain and wind started. Rain washed all the snow off the porch and stairs but left the stone driveway a slushy mess. Used tractor to plow most of it off then salted but what was left froze anyway.
Reactions: Keith Brannen
A

I plowed and plowed and plowed yesterday. But first had to trudge up a 1km road/hill to my neighbors home who happened to be in Florida. I'm 6'-5" and at times I was up to my knees in snow. Drifts were at least 1m deep and more.
Funny. One spot on his road there were all of these little spiders all over the snow acting like a day at the beach. Strange.
He had just put a V blade plow on his Kubota side by side. He used it once. I never did. But it was pretty slick.
I got to the point where I was getting surf curls peeling off the blade. Finding the right angles and stuff.
The snow was like sugar. Whiteouts and stuff. I plowed him out, my place. And 2 other neighbors.
All said my ass was whooped at the end of the day. Then it started sprinkling fine snow that melted as soon as it hit anything.

Playing With My New Toy

Playing with my dish - C Band and KU Fun

I started playing with my new 5' mesh last night