Until we get something built that's better, you can use the WebIF TIMERS screen for setting automatic daily timers for OTA channels.

I'd much prefer an automated web grabber to grab EPG from Tvguide/Zap2it/TitanTv, and I have a manual one, BUT, I can't figure out as of yet how to get the Mio to see the downloaded XML data file and integrate it into the OTA EPG guide. There's Rytec automated epg plugin's for NA SatDreamGr, but even if you install them, they refuse to show up in the Plugins screen in order to set them up. Though the folder and files appear in the /root/etc/enigma2/epgimport folder, I suspect something in the image is stopping it from working. IF I could get that to work, maybe we could change the http sources in the file to grab from where we want.

You can set "Just Play" (channel zap) timers for OTA channels to run every day for a few minutes. Say for each MAIN channel of a group. Just long enough to grab updated PSIP EPG data for the main and sub channels. Set them like 5 minutes apart, or however long you think it takes to grab EPG for that channel, and have them fire off in turn. Sort of a red-necked automated way to do it, but works until we figure out something better.

Go into the WebIF screen by typing your Mio's IP address into your browser. Then upper LEFT corner, hit the TIMERS link, it'll bring that function up in the middle. Then "Add Timer" click "Just Play" box give it a name, then use the drop down channel list to select the channel. Set your first start day and times, SAVE, click on 'REPEATED for each day you want this to happen, SAVE.

By the way, you can set recording timers for both satellite and OTA tuners at the same time. They'll both work fine. Also, even when recording, you can still LIVE watch (or record at the same time) any OTA sub-channels from that station, OR channels on the same satellite transponder. Channels not live watchable right then will be grayed out.

P.S. IF you do this on a particular slot image, I do NOT know what would happen IF you are booted on a different slots image when it's time for a timer to fire off. I haven't tried that as of yet. Will it work, or will it skip that day? I suspect it would SKIP/not fire.
Last edited: Apr 27, 2019
Reactions: Lee60
Register Today to see less ads! It's Free!

I've got a bunch of "just play" timers now set for a time span between 3 and 5 AM every day. Excited to finally be able to use this STB as a true OTA DVR
Reactions: primestar31

I watch too much TV as it is so I don't bother recording shows.

I record nearly everything before I watch. That way I can skip the commercials using the SKIP buttons on the RCU. SOME commercials are interesting and watchable, but MOST are NOT (IMO).
Reactions: comfortably_numb

I record new episodes of series programs I like; mostly on PBS. My daughter likes Sunday night Fox shows (Simpsons, Family Guy etc) so I record those for her.
Register Today to see less ads! It's Free! 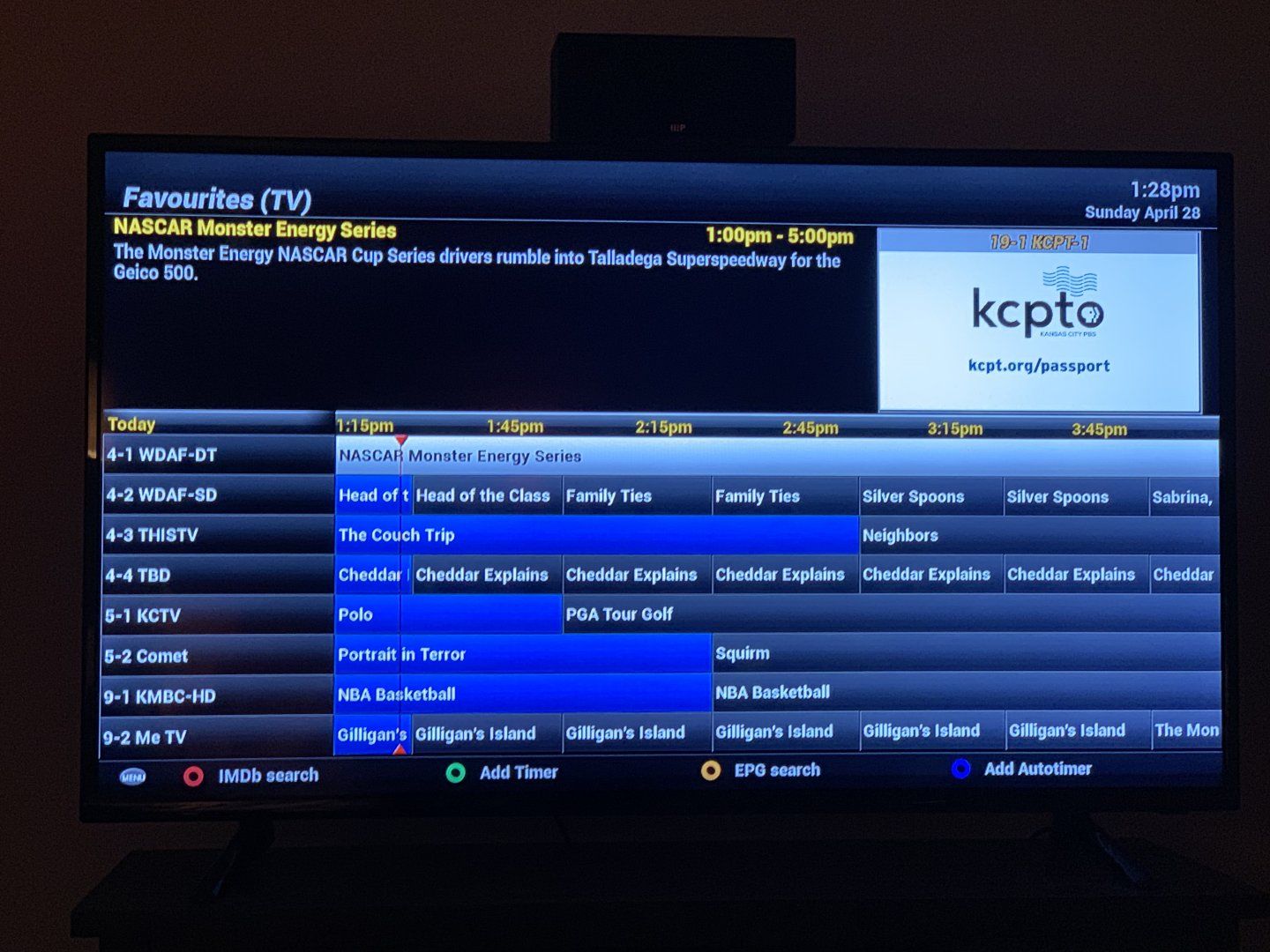 B
EPG on Hispasat