There's plenty of video doorbells now. Plenty of video security or surveillance equipment for home.
I've enjoyed my RING brand doorbell, but wanted one more camera. Not a camera with a spotlight, not a wireless camera, and not needing recharging. The earlier RING stick-up cameras either needed dual batteries, or a solar panel and were at the mercy of Wifi, which in my place won't work well outside the walls (strong, though it is.)

Released just about a week ago, the newer RING offering gave me what I wanted! FINALLY power over internet via power injector (sold separately), still it has 2 way audio communication, and excellent resolution, usable with my existing outdoor lighting nearby.

Installation via my existing RING app was a snap, and I liked the QR code scan to start the setup, too. One can either scan the code ON the device, or on the literature included with the new camera. The bracket gave good options for placement and aiming, and with RING's new options on the Android app (I assume it's also on apple devices) I assigned a different sound for "parking lot' vs. doorbell. Standard sounds remain for their signal extending chime.

Enlarging the video on my LG V-20 gives pretty darn nice resolution of particular areas if needed, and being wired, the wifi delay is gone, so this camera actually responds quicker than the doorbell which has a dedicated wifi antenna aimed in it's direction.

Cost-wise, it's a bit higher than competitors, and maybe I'm paying for hte name...but, it certainly will have long-term name longevity having been taken under the wing of Amazon...

Improvements they could make? Sell it with option of what power supply you want...so you don't end up with a spare indoor/outdoor 110 volt power supply sitting in a box. (As I said, I bought the Power over Ethernet accessory)....

One happy user here! (oh, and the new assignable sounds in the app are an improvement too and kind of fun. 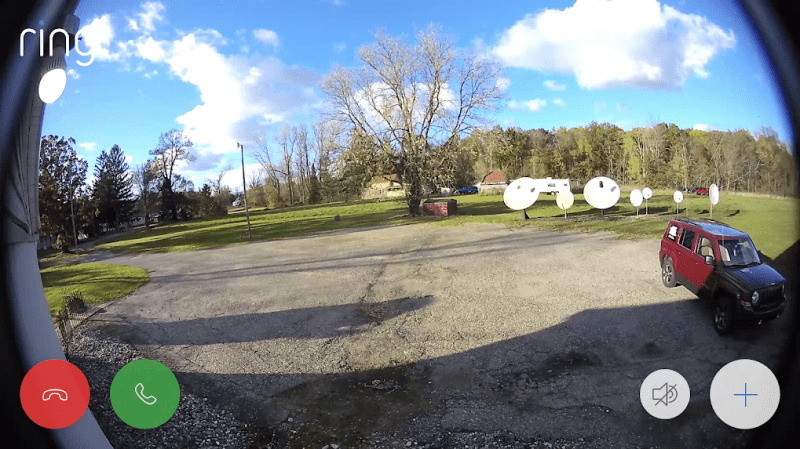 Reactions: charlesrshell, Foxbat, raoul5788 and 4 others
Previous Next

New Customer - Impression After One Week!